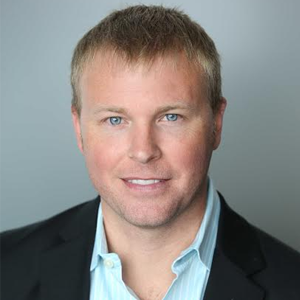 For those of you that have not experienced a NASCAR race yet, let’s set the stage for a moment. The sheer size of the race tracks are spectacles of their own, particularly at superspeedways like Daytona International Speedway, which can hold the equivalent of 15 NFL-sized stadiums in the infield. You will feel the energy that brings more people to NASCAR events than any other sport. The carnival-like atmosphere brings tens of thousands of people together each week to watch the best race car drivers in the world compete side-by-side at blistering speeds.

It takes a lot of logistics and technology to successfully execute a NASCAR race every weekend. We affectionately call ourselves a traveling circus, and with good reason. The convoy of tractor trailers hauling gear stretches for miles as NASCAR rolls into town, bringing all of the necessary infrastructure to capture, produce and distribute the big show. NASCAR builds a Super Bowl-sized TV broadcast compound in a day's time and stretches more than 20 miles of fiber in and around the track for connectivity needs. In a typical week, everything must be set up by Thursday, when the garages usually open.

Our Azure story first began when setting out to make an intuitive app to transform the inspection process. NASCAR has more than 80 officials overseeing hundreds of technical items on each car, across seven different disciplines. Having used pen and paper since car inspections began decades ago, the thought of handing an official a tablet to capture and log data as a replacement took careful preparation and a solid game plan. Microsoft stepped up to the plate in a big way. It took weeks observing the officials’ work—from 5:00 a.m. call-times to 10:00 p.m. post-race wrap-up, trying to better understand how they operated. The group spent time each day ideating and iterating the approach. After close collaboration between NASCAR and the Microsoft team, we were able to go from concept to build and launch in six months. The officials can quickly and accurately log all of their inspections using the app, while NASCAR Series Directors can see a real-time dashboard of the entire inspection process, including how many cars have passed inspections and which ones have had issues. Once the data is collected and synced to Azure, we turn to Power BI for visualizing trends, which gives our Competition and R&D teams the insights they need to properly manage the on-track competition, giving fans the close, side-by-side racing they associate with NASCAR.

After the success of mobile inspection, the next project was race control—a centralized location overlooking the track from which NASCAR officiates each race. Approximately 15 NASCAR officials utilize dozens of HD camera angles, multiple data feeds and several independent applications across several laptops and screens to oversee the on-track action. Officiating races is critical to our business and requires a multitude of systems working in tandem. In fact, NASCAR has worked with NASA on both safety and mission control operations given the similarities in the careful orchestration for the team in command.

The concept behind one of our newest applications “Race Management” was simple: create a single dashboard that combines elements from each of these systems that is easy to use and can be accessed during and after each race. The creation of a “dot racing” view of the track that didn't previously exist was layered with data and video into one pane of glass. NASCAR officials can view this dashboard from any device running Windows 10. Because all of the data is stored in Azure, officials can now access any previous race and replay it in its entirety—even minutes after the event has concluded. We’re also piloting Azure Media Services to post all videos from pit road stops so it can be played back via the Race Management app. NASCAR is also pioneering the use of Azure Stream Analytics—“We use real-time geospatial analytics with Azure Stream Analytics for analyzing race telemetry during and after the race,” said NASCAR’s Managing Director of Technology Development, Betsy Grider.

As the partnership with Microsoft continues to grow, NASCAR has accelerated its adoption of other Microsoft technologies and cloud services. About 18 months ago, NASCAR began its transition into Office 365. Moving to Exchange Online, Skype for Business Online, SharePoint Online and OneDrive for Business, has transformed the way NASCAR does business in a compressed timeframe. No more building on-prem servers and complex infrastructures to support all of these services. Once internal users began to hear about these exciting new features and functionality, they have clamored for rapid migration. SharePoint Online and OneDrive for Business have quickly become the norm. Office 365 has also enabled users to have the best mobile experience they've had, thanks to the great apps for IOS/Android. This is a huge win for NASCAR and our highly mobile workforce.

Building off the momentum from the projects mentioned above has led to a further adoption of Azure for the rest of our enterprise. NASCAR plans to move 25 percent of on-prem server infrastructure into Azure this year, but has much bigger ambitions in mind. Leveraging Azure's Platform as a Service (PaaS) is where the potential for huge gains in efficiency exists. The ability to spin up SQL databases or web apps in a matter of minutes and instantly scale or replicate data anywhere in the world is very attractive. With technology groups aligned internally, NASCAR has also committed to building any new apps using Azure at the forefront. The most recent example of this is a brand new credentialing system, developed by Lixar (an Official Technology Partner of NASCAR) that will process thousands of track passes using a responsive site, all running completely in Azure. The long-term vision is to run much of the track operation from Azure and significantly reduce the footprint of the two traveling data center haulers, while continuing to bring innovation and efficiencies to NASCAR like never before. “We see Microsoft Azure as a key platform for NASCAR as we continue to innovate and deploy critical application to our mobile workforce” said Steve Worling, Managing Director of Information Technology. The future of NASCAR is bright and we are eager to see how we learn and grow with Azure.

WinWire Technologies: Stitching the Digital Fabric through Systems of Intelligence

Basic And Applied Research In Aerospace Sciences At The Office Of...

CRM: The New Center of the Marketing Universe

Insurance Market is in Full Swing in Tune with the Digital...

The Future Of Oil And Gas Industry With Digital Solution