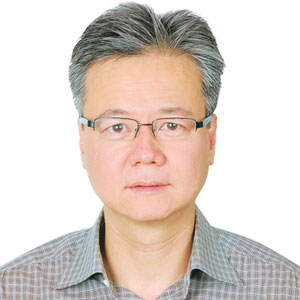 Sam Vuong, Founder & CEO
In this century alone, New York businesses have been profoundly impacted by two watershed moments – the 9/11 attacks of 2001 and Hurricane Sandy in 2012. Sam Vuong was no exception. Where many saw devastation, Vuong envisioned opportunity to build a business while helping to protect and rebuild his clients’ IT infrastructure.

In post-9/11 New York—struggling to recover from a jobs crisis exacerbated also by the meltdown of the first dotcom boom—the Vietnamese American chose to become an entrepreneur in 2003, leveraging solid skills and experience as a Microsoft engineer. He started Ascend Secure Technology to deliver high-quality solutions based on a range of Microsoft technologies.

Over a decade later, when Hurricane Sandy slammed into the New York–New Jersey area it caused a rare outage. It snapped over 5 percent of the Internet connections in the “city that never sleeps,” and nearly 10 percent of the links in Manhattan—an affected population the size of Austria. A generation that had taken the Internet and its availability at all times for granted was outraged and vowed to build a new way to insure ubiquitous computing.

That is when Vuong decided to take data and apps, and a lot of the computing world, to the cloud.

“I remember we were in a board meeting for a client and exploring ways to protect data and (Net) access. That is when a gentleman suggested we move everything to the cloud,” recalled Vuong, who then set out to leverage the strengths of Microsoft’s Azure platform, launched only two years ago.

“The Azure Cloud Platform landscape is vast, with an incredible range of solutions,” he said. “The new Azure Stack on-premises datacenter, modern app service, Infrastructure as code, scalability, automation, PaaS and IaaS to mention a few.”

The Azure Cloud Platform landscape is vast, with an incredible range of solutions

Ascend Secure’s Microsoft Azure support for cloud computing enables small to mid-sized businesses with 250 or so employees to gain robust solutions once only available to large Enterprisegrade data-centers. “Small and medium businesses cannot afford enterprise-style solutions. It can be extremely costly and challenging to acquire the range of IT expertise required to run a robust cloud,” Vuong said.

Vuong cites an instance where Ascend Secure leveraged automation, virtualization and the Azure platform to help a medium business cut 50 percent of hardware costs and 20 percent of the human cost of managing the services. “We studied the environment, and decided to implement hybrid Infrastructure that integrated with Azure Cloud platform, ensuring zero downtime and quick data recovery,” said Vuong, a martial arts enthusiast who brings the same level of discipline to business as he does to sport.

“We are a bunch of engineers, working with Microsoft for close to 20 years. We enjoy what we do, and like to solve problems,” Vuong said. Ascend Secure’s engineers have Microsoft certifications and work closely with Azure Cloud Platform.

Before starting Ascend Secure, Vuong was an infrastructure specialist consultant at Bond Technologies Inc., notably working on the so-called Y2K problem. He also worked extensively on the Dell Enterprise Server. 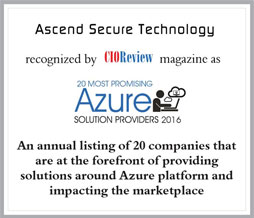 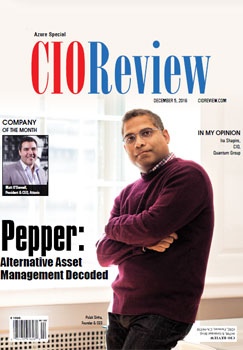